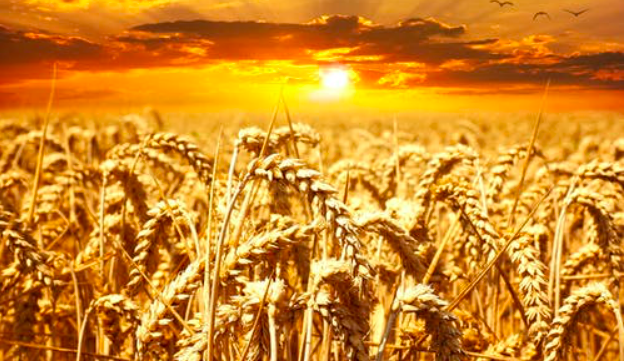 “‘But He would feed you with the finest of the wheat, and with honey from the rock I would satisfy you.’” (Psalm 81:16)

Psalm 81 is a short recounting of God’s deliverance of Israel from Egypt. The psalmist reminds his people how their God rescued them from slavery, bringing them out of the worst situation of their lives. But instead of responding with true devotion, the people of Israel soon turned away from their Lord. They chased after foreign gods, searching for satisfaction in them. They wanted nothing to do with the God Who had saved them. Many times He called out to them, reminding them of Who He is and what He had already done for them. But still the people continued to turn from God.

“‘Oh, that My people would listen to Me,” God cries in Psalm 81:13, “that Israel would walk in My ways!” Something we don’t like to consider is that when we sin, we hurt God. He loves us and wants only the best for us, and when we disobey Him, we spurn the great gift of His love. He made us for Himself, and He wants us to love Him with every ounce of our being. But the majority of the time, we just want our own way. We look at what God is offering, compare it to what other people or things are promising, and turn our backs on God. His rewards just don’t seem like enough.

When we have this attitude, we spurn our Creator. And not only that, but we miss out on the glorious things He wants to give us. This is the God Who rained bread down from Heaven, Who brought water out of a rock. He provides, no matter where He leads us, in the most incredible ways! In the last verse of Psalm 81, He promises that He would have given His people “the finest of the wheat” and “honey from the rock”. He wasn’t going to settle for paltry gifts; He wanted to give them the best of the best. If they would just follow Him, all these rewards and more would be theirs for the taking. He would have rained blessing upon blessing upon them, subduing all their enemies and establishing them forever in a fruitful land. All they had to do was trust Him! But even this was too much for Him. They didn’t want anything to do with the hardships He was leading them through, so they abandoned Him for the temporary pleasures of other gods.

As always, we today have many commonalities with the Israelites. Everybody wants good things; the exact definition of a “good thing” will differ from person to person, but at the root of it all, we all want to be happy. God promises joy and eternal life, but it’s a rough road to get to them. We want our good things now, without having to go through any trouble to get to them. But the thing is, while worldly pleasures do indeed make us happy, they only do so for a time. After a while, be it a few days, a few months, or even a few years, the joy we find in them will fade, and we’ll be left with nothing. If we choose to follow God, however, sacrificing temporary pleasures for the everlasting joy He promises, we will know true satisfaction. God is not stingy with His gifts. He gives His followers the very best. Everything He offers is infinitely superior to what the world can give. He holds out honey from the rock; are we willing to follow Him to reach it?