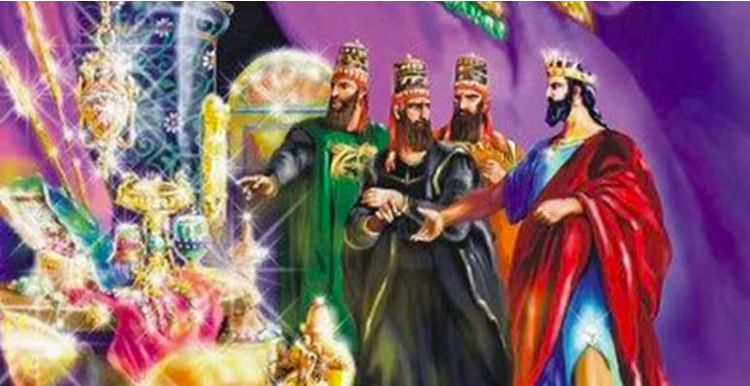 “Then Hezekiah said to Isaiah, ‘The word of the LORD that you have spoken is good.’ For he thought, ‘Why not, if there will be peace and security in my days?’” (2 Kings 20:19)

In the days of Judah’s decline, good kings were few and far between. Things began to get bad when Ahaziah, grandson of Ahab and Jezebel, took the throne, and though his son Joash was for the most part a godly king, most of his descendants followed the evil, idolatrous ways of the nations around them. One man, however, refused to be like his predecessors. His name was Hezekiah, and during his reign Judah once again turned to God.

One of Hezekiah’s first act as ruler was to destroy the unlawful high places, where people regularly sacrificed to idols. He even destroyed the bronze serpent Moses had made hundreds of years earlier, as people were now worshiping it, as well. He led Judah in successful rebellion against the oppressing Assyrians, and he also fought against the Philistines. His desire was for God’s name to be glorified among the nations.

But something happened in the later years of his life that tainted his otherwise incredible reign. At some point, he apparently became arrogant about the glory of his kingdom, to the extent that he showed off everything he owned to an envoy from Babylon. When the prophet Isaiah heard of this, he warned Hezekiah that the Babylonians would remember this, and that one day they would return and carry off all the glory of Judah. Hezekiah’s reply is rather startling. He accepted Isaiah’s word cheerfully, unconcerned because he had the prophet’s assurance that it would not happen in his time. Why should he worry about it? It would be a problem for his descendants to deal with.

This was the man who had so recently begged for God’s mercy on his city when the Assyrians came against it and threatened death and captivity to everyone within it. This was the man who had pleaded for his own life when he was dying of a disease. In both these cases, God had listened to his cries and sent deliverance. In the first instance, an angel destroyed the Assyrians at the very gates of Jerusalem. In the second, Hezekiah received fifteen more years of life. But now here he was, happy that the inevitable destruction of Judah would not happen in his life. He was a good, godly man, but for some reason it did not occur to him to intercede for the future generations as he had done for his own people. God obviously listened to his prayers; would things have been different if he had been burdened by Isaiah’s prophecy, if he had pleaded with God to spare Judah from the Babylonian conquest?

While we can’t know the answer to this question, it’s something to ponder. We live in a time where we can learn about everything that’s going on in the world, even in places we’ve never been. We have up-to-date information on wars, sicknesses, droughts; if there’s a problem in any country, we can know about it. But so often, our reaction is like Hezekiah’s. If it’s not happening to us, why should we be bothered by it? It’s for someone else to worry with. But when we are affected by something, we immediately plead with God about it, begging him for relief. And many times, He answers positively. How many times have you been healed from a sickness? Received money that you desperately needed? Found something that you’d lost? It’s clear that God answers when we pray. So what if we applied that same fervor to prayers for others? What if we regularly went before God on behalf of those who are dealing with difficult things, pleading for them as if we were the ones in trouble? The result would be beyond our comprehension. Who knows what things might have been different if God’s people had only cared enough to beg for His intervention?