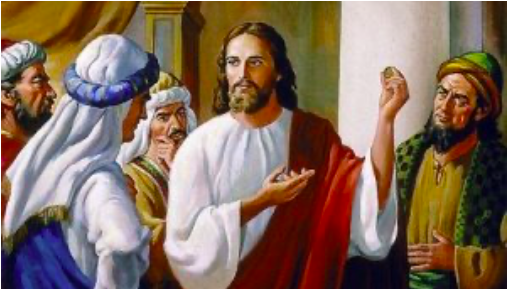 “And no one was able to answer Him a word, nor from that day did anyone dare to ask Him any more questions.” (Matthew 22:46)

The Pharisees and Sadducees absolutely hated Jesus. Every time He spoke, He undermined their authority, making them look less respected in the eyes of the people. And it wasn’t as if He were lying about them; He was simply telling the truth about their actions. Furious at Him, they devised a plan: They would ask Him all sorts of difficult questions and get Him to make a mistake. Then the people would see that He wasn’t as perfect as they thought, and they would regain their superior status.

It seemed like a foolproof plan. But when they started asking Jesus their questions, something started to go wrong. Far from being stumped, Jesus answered them in profound ways, looking at Scripture from perspectives they had never used before. Instead of making Him look foolish, He was making these great religious leaders look incompetent. He had an answer for every question they asked, no matter how difficult.

Then Jesus turned the tables and asked a question of His own. Compared to theirs, it was a simple question: “‘What do you think about the Christ? Whose son is He?’” (Matthew 22:42) The Pharisees might have been a little smug as they answered, “‘The son of David.’” (Matthew 22:42b) This was easy; all the Scriptures were filled with references to the coming Christ as a descendant of David. Jesus must be desperate if this was the only question He could come up with.

But Jesus wasn’t done. “He said to them, ‘How is it then that David, in the Spirit, calls Him Lord? […] If then David calls Him Lord, how is He his son?’” (Matthew 22:43, 45) Suddenly, the simple question wasn’t so simple. The Pharisees were stumped, and eventually they had to admit that they had no answer. After that, they no longer dared to ask Him anything. Trying to ruin His standing with the people, they had only revealed themselves as the fools they were.

Though we don’t like to admit it, we can be a lot like the Pharisees and Sadducees at times. We have so many questions about everything, and while there’s nothing inherently wrong with that, it becomes a problem when we cast them up to God, almost as if we doubt He can actually answer them. We ask things like, “Why is there evil in the world? Why are You making me go through this trial? Why didn’t You stop such-and-such from happening?”  We behave as if we deserve the answers, as if our concerns are the most important in the world. And then God stops us with a question of His own. “Who am I?” He often asks. “Tell Me that, if you can.” And we suddenly realize that we have no answer.

God is far above our comprehension. Questioning Him is supreme arrogance; we’re telling Him that we know better than He does, that His will is not what’s best. But when He returns the favor and asks a question of His own, we have no words. We come to the humbling realization that He is God, and His actions extend farther than we can ever understand. It’s not wrong to wonder what He’s doing. But that wonder should lead to a greater admiration for Him, not anger. We don’t even really know Who God is; why then do we think we have the right to question Him?