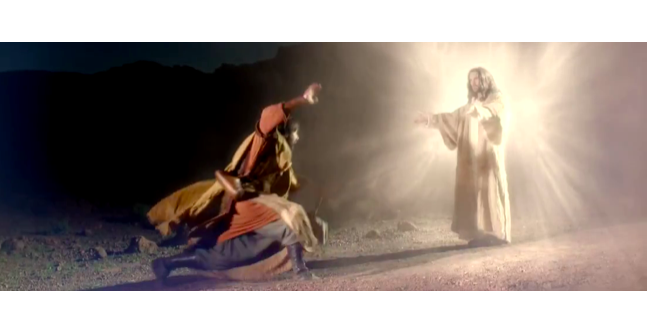 “But the Lord said to him, ‘Go, for he is a chosen instrument of Mine to carry My name before the Gentiles and kings and the children of Israel.’” (Acts 9:15)

For a good while after Jesus ascended into Heaven after His resurrection, the Gospel spread with minimal resistance. The Pharisees were still upset about it, but people were coming to Jesus by the thousands. Every day, more and more people believed that Jesus was their promised Messiah and accepted His gift of grace and forgiveness. But then one man, Stephen, was murdered because of his faith. Suddenly the safety of all the believers was threatened, and they fled for their lives.

Heading this persecution was a man named Saul. Saul was a Pharisee, and when Stephen was being stoned to death, he stood on the sidelines and approved of the action. Afterwards, he went on a rampage through Jerusalem, seizing men and women alike and imprisoning them for their faith. He hated everyone who professed Jesus as the Christ, and he made it his goal to completely wipe out every one of Jesus’ followers.

But in an instant, all of this changed. On his way to Damascus, where he intended to imprison more believers, Saul had an encounter with Jesus Himself. In that moment, Saul realized that the people he was persecuting were God’s true followers. He, a Pharisee, by his own admission blameless according to the Law, was seeking to kill God’s chosen people! The realization changed his life. He was blind for three days after this experience, but when a disciple came to him in Damascus, he regained his sight. Immediately, he went out to the people, proclaiming that Jesus is in fact the Christ. This Saul is the man we know as Paul, the author of the majority of the New Testament and one of the greatest missionaries the world has ever known.

Saul/Paul certainly has an interesting testimony. He went from killing Christians to being their greatest champion. No one expected that to happen. In fact, many people were suspicious of his salvation at first, certain that he couldn’t really be one of them. But God had done an incredible thing in his life. He took a man who by our standards would have been completely unworthy of salvation and turned him into a powerful instrument for the proclamation of the Gospel. It is because of Paul’s efforts that the Gospel spread among the Gentiles, which in turn affected the entire world.

Today, there are many people who we think are hopeless. We look at their lives and firmly believe that there is absolutely no chance for their salvation. But if there is one thing Paul’s story teaches us, it’s that God truly can use anyone for His glory. No one is too evil for Him to redeem; no one is too far away for Him to call. If He can use Paul, He can use anyone. He is an almighty God; there is nothing too hard for Him to do.