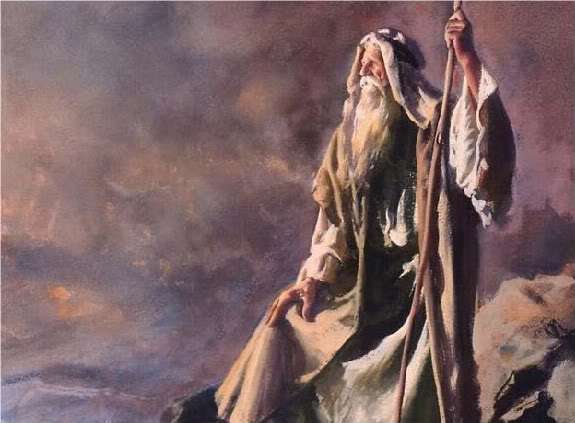 “And there has not arisen a prophet since in Israel like Moses, whom the LORD knew face to face….” (Deuteronomy 34:10)

Moses, like all the rest of us, was just an ordinary human being. He was born in Egypt to a family of slaves, and according to the law at the time, he wasn’t even supposed to live. But his mother hid him for three months, and when she couldn’t keep it up any longer, she put him in a basket and hid him on the banks of the Nile River, where he was discovered by none other than Pharaoh’s daughter. For forty years he lived as a prince of Egypt, but when he chose to identify with his true people, the Hebrews, he went to the wilderness. There, he got married, had two sons, and lived as a shepherd for forty more years.

But when Moses was eighty, something happened that forever changed his life, far more drastic than going from a prince to a shepherd. On an ordinary day, something absolutely extraordinary happened to Moses—God spoke to him. He had a mission for this lowly shepherd: return to Egypt and bring the Israelites, God’s people, out of slavery.

“Great! I’ll get to be a hero! When do we start?” said Moses never. No, instead of leaping for joy and rushing to do what God said, Moses immediately began listing reasons as to why he wasn’t the man for the job. His main excuse was that he was a poor speaker and therefore no one would listen to him. But God had called him. This was his job, and no one else’s. Eventually, he submitted to God’s will and returned to Egypt.

Things became interesting there, and due to Pharaoh’s stubborn refusal to let the Israelites go, Egypt was decimated by ten horrible plagues. Finally, Moses led the Israelites out of Egypt and into freedom, heading for the land God had promised them. But when they got there, they rebelled and refused to go in. So God sentenced them all to forty years of wandering in the wilderness. The unbelieving generation would die out, and their children would be the recipients of God’s blessings.

Through all this, Moses was still the people’s leader. It was he who heard from God and taught the Israelites His rules. He often spoke with God, and once, he actually saw Him. When the people complained and were punished because of it, it was Moses who interceded for them, begging for God’s mercy. By the end of his life, he wasn’t afraid to ask God for things, and he was also willing to accept His will. When he finally died at 120 years old, he received a stunning tribute. This was a man whom God knew face to face, whom He called His friend. Moses had gone from someone who hid behind his faltering tongue to the bold leader of a nation. He knew God well, and God spoke to him face to face. By himself, Moses was just an ordinary shepherd from Midian; but when God called him, He turned him into something extraordinary. He wants to do the same with us, to take us on a mission that’s unlike anything we could have ever planned for ourselves, to teach us what it means to be called His friend. Are we willing to obey when He calls?