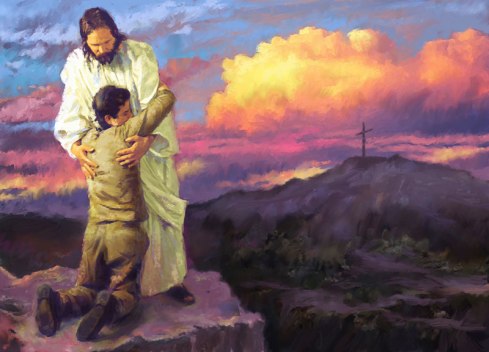 “But He said to me, ‘My grace is sufficient for you, for my power is made perfect in weakness.’ Therefore I will boast all the more gladly of my weaknesses, so that the power of Christ may rest upon me.” (2 Corinthians 12:9)

The apostle Paul was really an incredible man. His “résumé” in 2 Corinthians 11 contains numerous near-death experiences. When people started spreading false rumors about him, saying that he was a fraud, he could have easily squelched them by showing them how cool he was. But instead, while he did provide a list of the dangers he had experienced, Paul answered that the opinions of others didn’t really matter to him. What mattered was what God thought of him. And when he was weak, that was better; for it was in those moments when God was able to show His own power and thus be greater glorified.

We generally don’t like to talk about being weak. We like to think that we’re cool and tough and can do everything in the world. Weaknesses are simply an obstacle to overcome, things that will go away if we work hard enough. Those that are impossible to get rid of we tolerate, nevertheless wishing they would leave. We do our best to project ourselves as absolutely indomitable, awesome creatures who have it all together and never need any help.

But that’s not how Paul did things. He really was cool, but he didn’t like to brag about his accomplishments. In fact, he called himself a fool for doing so. He preferred to talk about his weaknesses. “If I must boast,” he said in 2 Corinthians 11:30, “I will boast of the things that show my weaknesses.” He didn’t want any fame for himself; he wanted God to get all the glory. When he did something everyone knew he was bad at, God would be praised because of it. People would know it was God working through him. Paul didn’t pretend to be perfect. He made his faults known, boasted in them, and pointed to the God Who still worked through them. We should do the same. It’s hard, and hurts our pride, to admit we can’t do everything. But when we do admit it, God does great things. And thus His power will be made perfect in us.